Update from a bus

Sometimes the quietest time of the day is on public transport

Photo by Fiona Feng on Unsplash

Update from a bus

Actually, it was two busses, but the title sounded better in the singular.

A while between posts

I'm writing this in a couple of spare minutes on a bus heading towards central Auckland, which has just been declared the world's most liveable city by the Economist Intelligence Unit (paywall alert on that link).

It certainly feels like it where I am right now.

We're currently driving through a very well to do area; you'll know the type. It's the sort of suburb where medical specialists have their private clinics discreetly tucked away inside converted historical houses. You can barely see them from the road. They're surrounded by old stone walls and bordered by tastefully planted, well-manicured gardens. The ancient trees obscure whatever it is that goes on inside.

The bus driver is driving it like she stole it, so I imagine we'll get into town soon. The guy in the wheelchair bay is having to lock his arms into the grab rails to stop himself from shooting forward. He's obviously a seasoned commuter on this route, rolling with the motions of the bus on every corner. It's not my usual route, so I'm being thrown all over the shop.

I made it to town. It's a Friday here and very quiet. The universities are on study break just before mid-year exams, so all the students that would typically be around are off studying—or avoiding studying somehow. 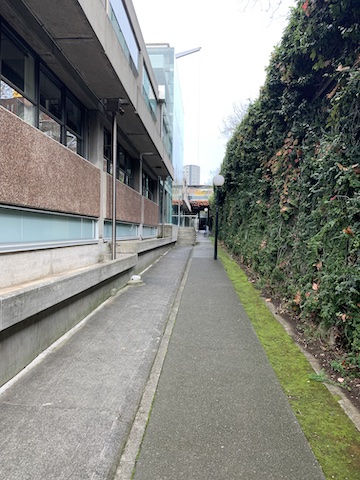 Image by the author

I quite like winter, though I'm not keen on the cold. Bear in mind that I've never seen snow in real life, so it's possible that my definition of cold may not quite marry up with yours.

I've spent most of my life living on a narrow strip of fertile(ish) land sandwiched between a large desert and a larger ocean. Maximum summer temperatures regularly in the high 30's and low 40's. That's between 85 and 110(ish) if Fahrenheit is your preferred measure. The coldest maximum is usually in the teens in winter/spring. Minimum temperatures will drop below zero pretty regularly in spring. At that time of year, it's not unusual to have 20+ degree variation in a day.

Auckland winters seem to have colder maximums but warmer minimums. It still feels cold to me.

I've been doing a bit of non-fiction writing in the last couple of months.

I've started writing irregularly on Medium. I wrote a piece on how to involve older kids, who may not necessarily be interested in kids stories, in the process. The story features the Cat Vassal, the older brother of the Test Audience.

I'm putting together a couple of other small pieces there too. I've also just finished my final Grant for the Web report.

Speaking of finishing, I've also just finished off the member content that goes with Guardbot. Rather than embellishing the main story as I did with Mars Teddy, I've written a parallel accompaniment, the mystery of Teddy Xi.

I've particularly enjoyed that one and will turn it into a new story.

It seems as though the Bacteria Breeder has won the race with Cave Teddy to be the next story.

It's a little darker and will probably be a little longer. I'll still try to keep the chapters the same length; there will just be more of them.

I'm on my regular bus route now, and the poor driver is struggling with this bus. We just had a gear change so jagged that I deleted a paragraph by mistake!

I'm nearly at the end of my trip, so I'll sign off now. There's an older couple seated behind me discussing all sorts of things, a coroner's reports, Lorde's new single, and the carbon emissions of vegetable oil production. They're concerned about the kind of world that future generations are going to inherit. Aren't we all.

If it needs any clarification, the worry about the future was nothing to do with Lorde's new single (which I didn't catch the name of).

Behind the scenes
What's coming up?
Grant for the Web
Read the stories